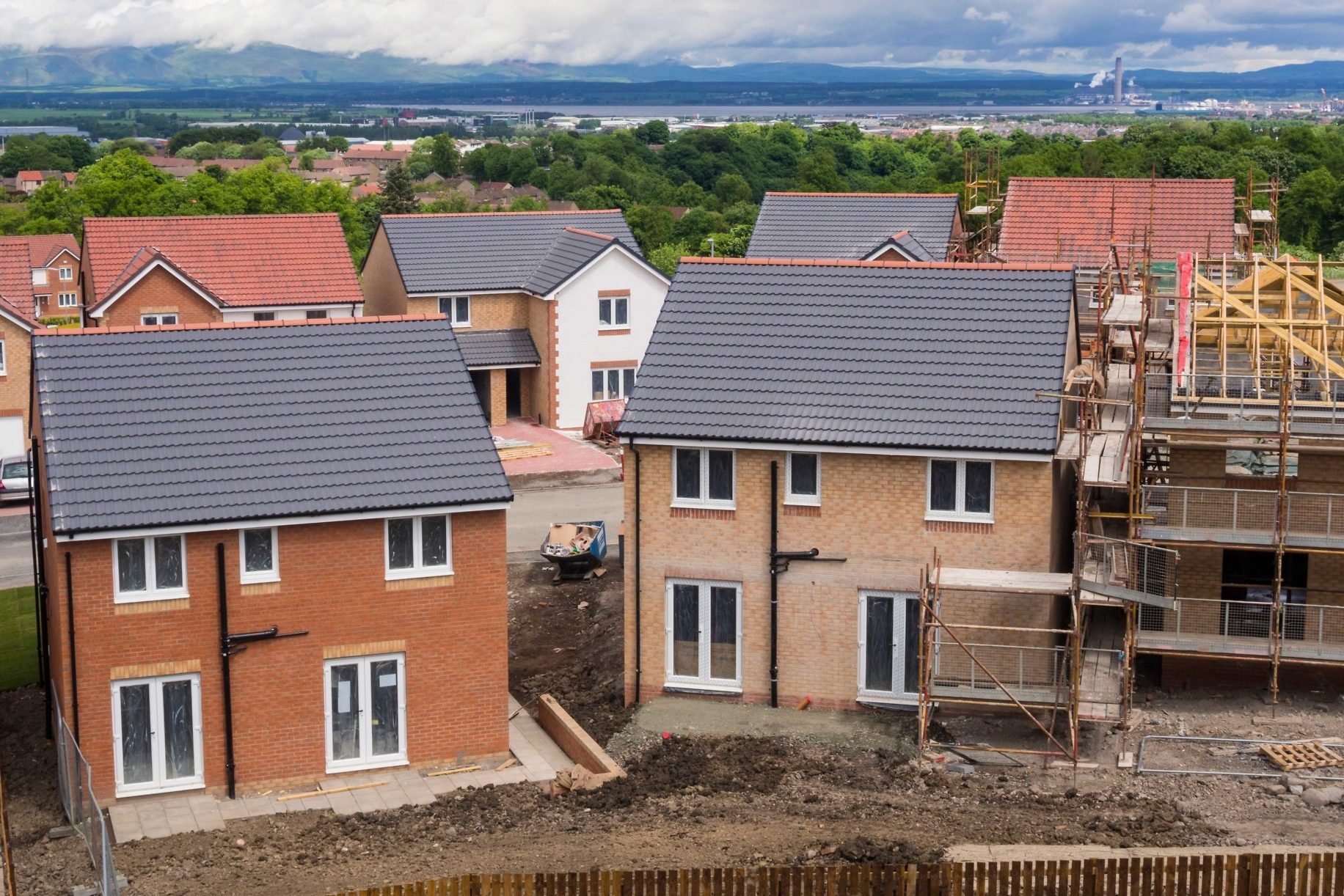 Leasehold revolution! Rip-off charges that trap families in unsellable homes will be banished in bid to end scandal of unscrupulous landlords

Nearly 4.5million leaseholders in England will be ‘tens of thousands of pounds’ better off as a result of laws to be unveiled today by the Housing Secretary.

Robert Jenrick said his attempt to make it cheaper and simpler for leaseholders to buy their properties is the biggest property law reform since Margaret Thatcher’s right-to-buy revolution in the 1980s.

Ground rents will be scrapped for millions with a new right to extend leases to 990 years. They will also be reduced to zero on all new retirement homes.

The Government said the changes ‘could save households from thousands to tens of thousands of pounds’.

Mr Jenrick will also pledge to boost moves to allow residents of flats to take charge of running their blocks, freeing them from sky-high maintenance charges by landlords accused of ‘ripping off’ leaseholders.

He wants to increase the number of commonhold agreements, a little-known form of ownership that allows residents of apartment blocks to maintain it themselves or employ a maintenance firm to do it.

It would mean that if the company fails to do the job properly, the residents could sack them.

The announcement is intended to start the phasing out of leaseholds, the origins of which date back to William the Conqueror.

It has been claimed that 100,000 families cannot sell their homes because their contracts are so unfair.

Mr Jenrick said the Grenfell Tower disaster, in which 72 people died in an blaze in London in 2017, highlighted the need for reform.

Writing in today’s Daily Mail, he says: ‘The Grenfell Inquiry has laid bare some of the astonishingly brazen behaviour of developers and managing agents in cutting corners and putting residents at risk.

‘This is a corporate scandal. We are – and will continue – holding them accountable.

‘The Government is working at pace to develop further financial solutions to protect leaseholders from unaffordable costs.

‘The scandalous pitfalls of leasehold are being banished by this Government, and we are putting fairness back at the heart of the housing system.’

There have been a series of botched attempts to reform leasehold laws in the last 50 years.

Some landlords have sold on freeholds to third parties who only allow homeowners to buy them out for exorbitant fees.

Some leaseholders have had to pay huge sums for permission just to add a conservatory to their house.

It was time to end ‘high, escalating and onerous’ ground rents, excessive service charges and profiteering by developers, the report said.

The commonhold system had been used successfully by other countries, the Commission added.

Mr Jenrick will set up a Commonhold Council of experts to decide how such an agreement would work, such as if there are freehold and leasehold residents in the same apartment block.

When the new law is introduced, leaseholders will be able to work out the cost of their premium – the payment to the landlord for purchasing the freehold or extending the lease – via an online calculator.

At present it can cost tens of thousands of pounds to extend when a lease has less than 80 years to run.

Katie Kendrick, of the National Leasehold Campaign, warned against giving landlords too much say in the commonhold plans.

‘We cannot trust those who created this scandal to be part of the solution,’ she said.

For many Daily Mail readers, owning a home of your own is hugely important. It’s an aspiration every Conservative government has sought to realise for as many people as possible.

But, for those who have bought a property with a lease imposing crippling ground rents, additional fees, and onerous conditions, the dream of home ownership has been soured.

That’s why, today, the Government is announcing the biggest change to how we own homes for generations – an end to the unfair practices and legal loopholes which have dogged the leasehold market.

In all this we will be guided by the simple insight that most of us aspire to be homeowners, in the truest sense of the phrase – owners not leaseholders.

Instead of only being able to extend your lease for 50 or 90 years, both leasehold house and flat owners will now benefit from a standard lease extension of 990 years or ownership into the year 3000!

Importantly, these extensions will also be at zero ground rents, ending the reprehensible behaviour of developers sometimes doubling or even tripling these charges within just a few years.

Millions of eligible homeowners will be able to buy their freeholds at a lower price than what they currently pay landlords.

There will be a simple formula where the amount attributed to ground rents in the calculation will be capped.

We’re also scrapping the complex and opaque process for leaseholders looking to buy their freehold or extend their lease – abolishing prohibitive and arcane costs like ‘marriage value’ and prescribing fair rates in a new, straightforward calculation which will cut the cost of extending a lease or buying the freehold and potentially saving leaseholders thousands of pounds.

Leaseholders will be able to log on to an online calculator – further simplifying this process and breaking down barriers for homeowners across England.

We’ve already committed to ending ground rents in many new leases and, today, we are announcing this will be extended to include all new flats in the retirement sector as well. If any group deserve protection from rip-off practices it is surely the elderly.

Across leasehold, some practices have, quite literally, been indefensible. Ordinary family houses have been sold as leasehold for no reason bar eking out a bit more profit for developers.

Absurd charges have been levied for simple day-to-day things like putting up a satellite dish or building a conservatory.

The changes we are bringing about will make the leasehold system fairer, cheaper and simpler.

We will be legislating to bring these about, first fulfilling our commitment to abolish ground rents this year and then taking forward widespread reform.

Leasehold reform is a complex issue, as demonstrated by the fact that successive post-War governments have wrestled with it.

Harold Wilson’s government enabled a limited right to extend a lease and/or acquire a freehold, while Margaret Thatcher gave the right to first refusal where landlords wished to sell.

John Major then oversaw the most radical reform, enabling leases to be extended for an additional 90 years and a clear right to buy the freehold, after a battle with vested interests.

And Tony Blair provided an alternative tenure to leasehold, Commonhold in 2002 (freehold ownership of flats with joint responsibility for the common parts), but poor legal drafting and even worse promotion meant it hasn’t gained traction yet.

None succeeded in settling the issue or wholly countering the criticisms.

The Law Commission has recognised the advantages of Commonhold, and we now need a bold effort to make this tenure more widespread and work through the practicalities with great care.

That’s why I’m establishing a Commonhold Council, a partnership of leasehold groups, industry and government to do just that.

The announcement we are making today is a giant stride forward in the long history of English property rights.

The scandalous pitfalls of leasehold are being banished by this government, and we are putting fairness back at the heart of the housing system.

And as we focus on fairness, we know The Grenfell Inquiry has laid bare some of the astonishingly brazen behaviour of developers and managing agents in cutting corners and putting residents at risk.

This is a corporate scandal. We are – and will continue – to hold them accountable.

The Government is working at pace to develop further financial solutions to protect leaseholders from unaffordable costs.

We will always put the interests of leaseholders first. This is a massive and immensely complex challenge.

We understand the importance of getting this right and fighting for homeowners so they can move on with their lives with renewed hope, in safety and security.

Q&A: What is leasehold and what are the related problems?

When a property is sold as leasehold, the buyer owns only the house, not the land.

The freeholder retains the lease, meaning the buyer has to pay ground rent, and has to ask for consent before making changes to the property.

What are the problems?

Leasehold owners mostly used to be flat dwellers who paid a small ground rent, sometimes as little as £1 a year.

That changed when developers started to sell houses with leasehold contracts.

The freehold can also be sold to a third party, who can increase the costs to make a profit.

Why don’t they sell?

Many find their homes are almost unsellable because some lenders won’t grant mortgages against homes with excessive ground rent clauses.

Prospective buyers may also be turned off by conveyancing solicitors.

So what is the Government doing?

Ministers want to make it easier for 4.5 million leaseholders in England to buy their freeholds.

They say the changes will mean the cost of buying a freehold or extending a lease to 990 years will fall by a third.

Some could save up to £9,000. There will be a cap on how much leaseholders will pay to extend their lease or buy the freehold.

No ground rent will be payable once the freehold is purchased or lease extended.

The Government is establishing a Commonhold Council, a partnership of leasehold groups, industry and Government – to prepare for a wholesale switch to commonhold ownership.

This allows residents in a building to own the freehold of their individual flat and appoint someone to manage shared areas.