Mansion Tax on high value houses being considered by government 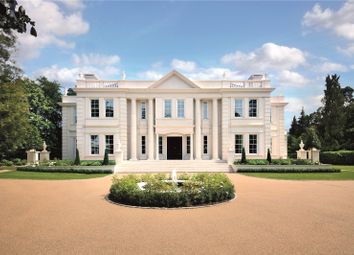 Boris Johnson is considering introducing a mansion tax for high value homes according to a Sunday newspaper.

The Telegraph – citing two separate but unnamed sources – says the measure is being considered as a way of helping pay for large scale infrastructure improvements, primarily in the north of England.

Both sources suggested that the PM and Chancellor Sajid Javid were looking for ways “to raise more tax from better off homeowners” and that the mansion tax had been discussed by the Treasury and Number 10.

“Some Treasury officials are understood to be keen on introducing what has been described as a ‘recurring’ wealth tax that would primarily affect London and the South East, possibly as a quid pro quo for cutting stamp duty” the paper says on its front page this morning.

Almost exactly seven years ago on February 14 2013 the then-Labour leader Ed Miliband pledged to introduce a mansion tax on high value properties: the policy was seen as contributing to Labour’s defeat at the 2015 General Election.

During the December 2019 General Election, Shadow Chancellor John McDonnell told the Financial Times that Labour would no longer advocate a mansion tax as it may be considered too radical.

Now the Telegraph is suggesting that the Johnson government is considering two options – an annual levy on high value homes along the lines of the original Miliband proposal, or an additional higher level of council tax for the most expensive properties.

No details of price thresholds or tax levels are mentioned.

“Some Tory advocates of the move point to New York, where property taxes are much higher” says the paper this morning.

“The talks [on a possible mansion tax] come as Treasury officials have privately compiled a lengthy menu of tax rises, including the proposed levy on expensive homes, capital gains, other stealth raids on business and even inheritance tax to pay for increased public spending while sticking to the Chancellor’s new fiscal rules” the article continues.

The surprising move under consideration by the Johnson government comes just a few days after it gave strong support to the stamp duty reform in 2014 introduced by then-Chancellor George Osborne.

Many estate agents and market commentators blame the Osborne reform for introducing high levy of stamp duty on expensive homes, and during his election campaign to become Conservative leader Johnson himself expressed strong reservations about stamp duty levels.

But the Treasury spokesman in the House of Lords – the Earl of Courtown – last week said: “The government has already made substantial reforms to the taxation of housing. At Autumn Statement 2014 the government reformed SDLT on residential properties, cutting the tax for 98 per cent of buyers who pay it, unless they are purchasing additional property.”