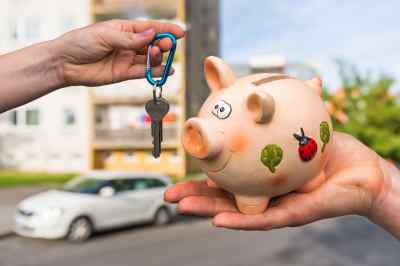 One in seven London renters now behind on payments

One in seven London tenants are in arrears. Now pressure is growing for the Government to do more than delay evictions.

The Government is coming under increasing pressure to step in to assist London’s renters after figures showed that more than one in seven tenants in the capital have fallen behind on rent during the pandemic.

A study published today by Citizens Advice found that almost half (46 per cent) of London renters have lost income during the pandemic, compared with around a third UK-wide, and 15 per cent are now in rent arrears, compared with 11 per cent nationally. The number of private renters behind on their rent has also doubled since last February.

On average rent arrears stand at £720 but for more than half of those in arrears, a grant of just £600 would get them out of debt. Without help they could be evicted and find themselves homeless.

“The relentless financial and mental strain of arrears has a significant impact on renters’ wellbeing, making them less likely to self-isolate and more likely to experience mental health problems,” warned the report.

Campaigners agree that unless the Government grasps this particular nettle, things will only get worse.

Analysis by LSE and Trust For London predicts that the number of private renters falling into arrears could increase to 700,000 nationwide by November. Since the formal eviction process takes at least six months and courts have a backlog of cases, evictions could carry on long after the pandemic is over.

Those who don’t get evicted may find themselves back with parents or moving to cheaper homes, in what LSE describes as “overcrowded and insecure conditions”.

“We’re likely to see a slow burn of evictions that will go on at least into 2022,” said Christine Whitehead, LSE’s emeritus professor of housing economics. “This will leave tenants, and sometimes their landlords, facing months of insecurity, mental stress and hardship.”

The Government announced that bailiff action against renters would be paused during the current lockdown except in the most “egregious cases”, like antisocial behaviour or extreme arrears.

However, Alicia Kennedy, director of Generation Rent, warned that this would not keep renters safe from the spectre of eviction.

“Landlords can still serve notice and courts continue to hear cases, putting pressure on renters to move out before the bailiffs arrive.”

Generation Rent calculates that more than half a million households are in rent arrears because of the pandemic. What is needed, Kennedy said, is a package of financial support. “Without further support they will get deeper into debt and face homelessness.”

Ben Beadle, chief executive of the National Residential Landlords Association, criticised the Government’s current efforts on rent arrears, which can be summed up as a series of extensions to the eviction ban since last spring.

“Kicking the can down the road just means larger debts piling up, creating a bigger problem for tenants and also for landlords,” he said. “The Government needs to provide an urgent financial package to get rent debts built due to the pandemic paid off.”

Deputy housing mayor Tom Copley is another supporter of renters. “At every stage of the pandemic, ministers have treated renters as an afterthought,” he said.

“We need the Government to provide grants for people who have rent arrears, and to abolish no-fault eviction.”

If you are struggling to pay your rent, try talking to your landlord or letting agent. You may be able to negotiate an affordable repayment plan with them.

Although bailiff action is halted until at least the end of the current lockdown, landlords can still begin proceedings against tenants who are in “substantial” arrears.

In most cases, if your landlord wants you out they will have to give you at least six months’ notice before launching possession proceedings against you — and there is a large backlog of court cases so there is no need to panic immediately.

It is illegal for your landlord to bully or harass you. If yours is trying to force you out, hang on to any emails or other evidence and contact the police.

Seek help from your local council and advice agencies as soon as possible to sort out your living arrangements. Shelter and Citizens Advice have help on renters’ rights, while The Money Advice service can find you free, confidential debt advice if needed.

Rent arrears repayments are piling on the pressure

As a frontline key worker, the pandemic has been particularly tough on Rudolf Bozart — and not just because he works with vulnerable elderly people.

This time last year, life was looking good. Rudolf, 27, worked as an agency carer in nursing homes and private homes and was earning enough to pay his rent and live his life.

In spring, everything changed. Rudolf had just moved to a two-bedroom £700pcm flat in Colchester, Essex, when employers cut back on agency staff and his work, which was previously regular, evaporated.

Incredibly stressful: Rudolf’s landlord is anxious for him to repay his rent arrears but he can’t afford the extra monthly payments — nor can he afford to put down a deposit on a cheaper rental

In an “incredibly stressful” period — during which the only work he could find was making food deliveries on his bike — he racked up £2,000 in rent arrears, which his landlord is understandably anxious for him to repay.

“It is really, really difficult to manage things because carers are not getting paid enough,” Rudolf said. “At the end of every month it is a struggle.”

There is some good news for Rudolf, however. In October, he got a full-time job close to his home, which means he can pay his full rent.

But, with a take-home pay of £1,400, once his rent, bills (another £200pcm) and basic living costs are added, he doesn’t have much leeway to repay his arrears.

His landlord would like an extra £300pcm, which Rudolf said would leave him unable to buy food. He can’t move to a cheaper flat because he would need to pay three months’ rent upfront and, while he owes rent, his landlord would not repay the money he put down when he first moved in.

“I have had weeks of sleepless nights over this,” he said. “My work is already very stressful and I can’t afford to stress even more when I get home.