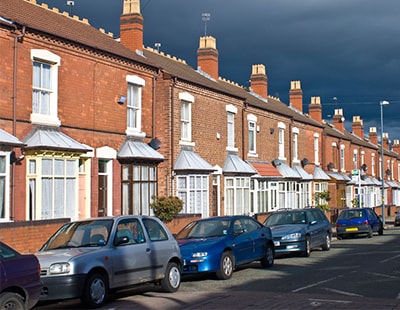 Eligible homebuyers could get a mortgage worth seven times their salary for the first time in over a decade.

The new product from online mortgage lender Habito comes after the Bank of England separately announced plans to relax lending rules in December.

To qualify for Habito’s higher loan-to-income loan, applicants must have a basic salary of £75,000 or more per year.

The professions eligible for the mortgage are: police, firefighters, nursing, paramedics, doctors, accountants, barristers, teachers, engineers, lawyers, dentists, architects, surveyors and vets. Habito says this is because these professions offer a reasonable prediction of future earnings, job security and employability.

How much can I borrow for a mortgage?

Since the interest rate stress test was introduced in 2014 to make sure borrowers could afford to service their mortgage if interest rates rise, most lenders will only offer a maximum loan-to-income ratio of 4.5 times earnings. This has put buying a home even further out of reach for many buyers, especially in London where the average property costs 11.7 times the average salary.

Habito’s new lending rules could increase the amount a solo buyer earning £75,000 could afford to pay for a home by more than £200,000.

For joint applicants where one works in the specified professional fields and earns £25,000 and the other applicant also earns £25,000, their borrowing would be capped at 4.5 times combined salary, or £225,000. With the Habito One mortgage they could potentially get seven times one salary and five times the other, meaning they could borrow £300,000.

Is a higher LTI mortgage risky?

The online mortgage broker announced the enhanced lending criteria on its full-term fixed rate Habito One mortgage, which allows buyers to borrow at rates starting from 2.99 per cent for the entire term of their mortgage.

Borrowers on a fixed-rate mortgage usually need to remortgage after a certain period of time, often two, five or ten years, or else find themselves slipping onto their lenders standard variable rate, which can be expensive.

Habito says it is able to offer the higher loan-to-income mortgages because the interest rate on the loan is guaranteed for the entire length of the loan, reducing the risk of the borrower not being able to afford payments in future.

Daniel Hegarty, founder and CEO of Habito, said: “Longer, fixed-rate mortgages mean that customers are completely protected against any threat of fluctuating interest rates, in a way that shorter fixes of two or five years mortgage deals don’t allow for.

“As a lender that considers every applicant’s case individually, we’re confident that with suitable criteria in place, in the right circumstances, eligible customers can safely and securely boost their borrowing to buy the home that truly suits their needs and their life plans.”

Full-term fixed rate mortgages are not common in the UK but are already popular in other countries including France, Denmark and the US.

This is partly because British buyers worry about hefty early repayment charges to get out of a mortgage during the fixed period, for example if they need to sell their home.

Will I be able to get a mortgage at seven times my salary?

Some mortgage brokers expressed doubts about how many buyers would actually be offered mortgages at seven times income.

Mark Harris, chief executive of mortgage broker SPF Private Clients said: “With current regulations restricting each lender to 15 per cent of applications at over 4.5 times loan-to-income, one wonders whether lenders can get the volume of borrowing to truly make a difference.

‘While seven times income sounds high, will borrowers be able to get to that level once existing affordability rules are enacted? Even at lower loan-to-values, borrowers do not always hit the theoretical LTI caps.

“For those with one of the professional vocations listed, existing lenders already offer enhanced LTIs, so it is worth shopping around to find the best deal.”

Habito said that due to longterm fixes not being subject to the same regulations as short term fixes, the lender has no percentage cap on the volume of lending it can do at seven times.

He said: “The irony is it adds fuel to the fire in terms of house prices making that ‘forever home’ more unaffordable for many. It feels like a headline to increase enquiries and then offer alternative lending options, a ‘sprat to catch a mackerel’, and that cannot be the best outcome for buyers.”