Has Lockdown 3 caused a drop in London house prices? 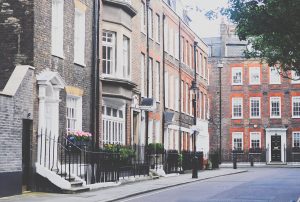 Asking prices for homes in London rose this month, as the current lockdown has driven people’s desire to move.

However, home schooling and freezing weather conditions mean many people who are considering selling their home are waiting until the spring – as is typical in the property market.

After three consecutive months of falls, price tags increased three per cent in the capital from January to February, compared to a national average rise of 0.5 per cent.

Unsurprisingly, the average asking price is down very slightly in London (1.1 per cent) this February compared to the same month in 2020 – when the country was still in the throes of a property bounce following the General Election and before Covid-19 truly hit the UK.

Looking beyond the stamp duty holiday
Property industry expects predicted buyer demand to slow this February as purchasers would now miss the impending stamp duty holiday cut off. However, the Covid-19 pandemic and multiple lockdowns has highlighted the need to live in the right property and place, explained JLL’s head of research Nick Whitten.

“Despite the enormity of the virus and the economic headwinds it has created, London’s housing market has continued to show great resilience, and we expect that the market will perform better over the next five years than the underlying data would suggest,” he said.

“Ultimately, homes are more important to us than ever before. They are no longer just a place to sleep – they are places for us to work and play – and this will drive buyer behaviour in 2021 and beyond,” he added.

“Last year the market was unexpectedly buoyed by buyers’ determination to move and satisfy their new lockdown-induced housing needs. We may well be seeing a continuation of that this year,” said Rightmove’s Tim Bannister.

“Despite the imminent end of the stamp duty holiday (on 31 March), there are good reasons to come to market now, especially if selling a property suitable for a family,” he said.

However, due to the backlog of sales that are hurriedly being processed to complete before the stamp duty holiday deadline, it is taking 72 days on average to buy a home in London, up from 62 days last month, Rightmove’s monthly House Price Index showed. This is still 16 days quicker than in May.

Where are house prices rising most in London?
The Covid-19 pandemic has polarised performance across the different housing markets that make up London, as buyers chased more space and better value in the more affordable outer boroughs or the affluent super suburbs.

As a result asking prices have risen most steeply in Croydon, on the London-Surrey border, up 6.2 per cent this February compared to the same time last year, followed by Hackney (5.5 per cent) and Redbridge (5.2 per cent).

At the other end of the performance spectrum was Westminster where asking prices have been reduced by nearly 10 per cent over the course of the pandemic due to a lack of international buyers. Price tags also fell in Camden, Lambeth, Wandsworth, Tower Hamlets, Kensington and Chelsea, Islington, Hammersmith and Fulham, Kingston upon Thames and Brent.

House prices in the UK
Rightmove’s Bannister believes the high demand to change dwellings is set to continue for the rest of 2021.

“With the current speed of the vaccine roll-out, the new school year will hopefully be spent in schools and out of the home, but many of the other new needs for more space both indoors and out will remain.”

Of the 11 regions in the UK, seven saw a month-on-month rise in asking prices. After London the largest jumps were in the North West (up 2.5 per cent) and the North East (2.2 per cent). The biggest monthly fall was in the East Midlands (-2.1 per cent), followed by the West Midlands (1.4 per cent).