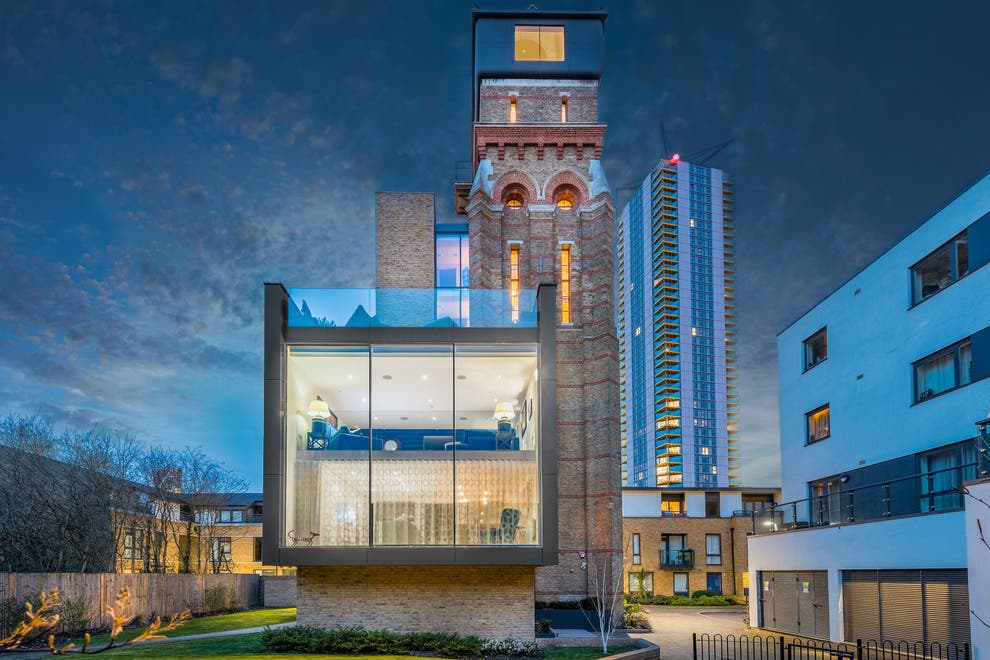 The Grand Designs water tower in Kennington, that once supplied the workhouse that Charlie Chaplin lived in as a child, has finally been sold after the price was slashed from £3.6 million to £2.75 million — Homes and Property can exclusively reveal.

The unique 10-storey property, which was rescued from dereliction just over a decade ago and underwent a £2 million transformation into 4,500sq ft home, has sold this time around in less than two months and has just made the stamp duty holiday deadline.

Dating back 150 years, the abandoned structure was bought in 2010 by a savvy real estate developer and his partner and converted on a nail-biting episode on Grand Designs.

The new owner is considering adding a hot tub to the unusual property’s glamorous roof terrace / Foxtons
Leigh Osborne and his partner Graham Voce spotted the tower from their rented apartment on the 36th floor of the Strata building, just a few hundred yards away.

They bought it for just £380,000 and spent close to £2 million in transforming the abandoned Grade II-listed building into a five-bedroom, four-bathroom home. They risked everything to complete the project, which cost far more than they had budgeted for, and even put some costs on Osborne’s grandmother’s credit card.

The home was first put on the market by Osborne and Voce in 2018 where it sat for six months before the price was lowered once and withdrawn. It was then launched again in April at the lower price as lockdown restrictions began to ease. Contracts were exchanged this week.

The tower was built in 1867 to provide a 30,000-gallon water supply for the nearby Lambeth Workhouse where more than 800 destitute families were once housed and where seven-year-old Charlie Chaplin lived with his impoverished mother.

“I have always been fascinated by castles and this is the closest I’ll get to owning one in central London. I plan to put a dining table in the top observation room and may look into a hot tub if the roof terrace allows,” says Hamer.